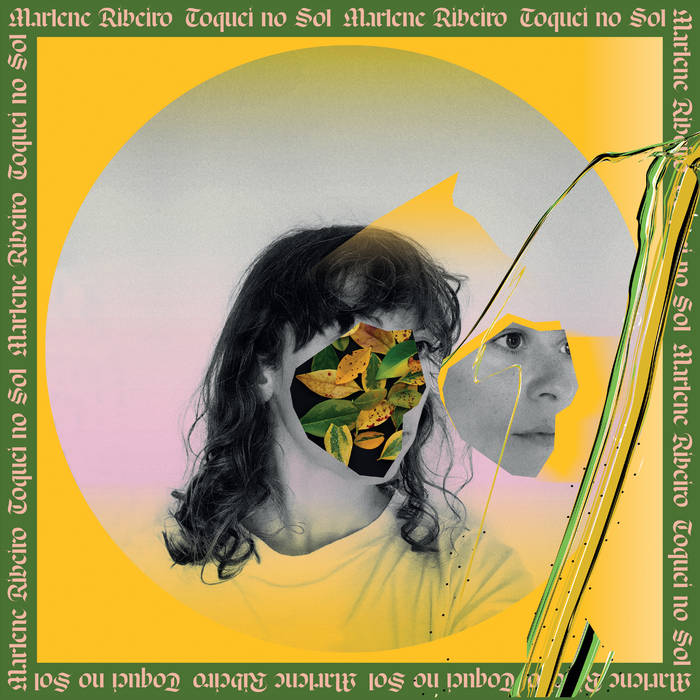 A travelogue that unites physical and inner space, a series of trance states rendered in vivid colour, a delirious portal into the ether.
Marlene Ribeiro’s first albumunder her own name is all of this and much more. Toquei No Sol is a fresh new chapter for this unique artist, by far the most melodic and transcendent outing yet for her hypnotic dreampop.

This is only the latest release in a long history of sonic experimentation for Marlene, which includes her previous work as Negra Branca across a series of releases on labels such as Tesla Tapes and Zamzam and a long period as a member of audial iconoclasts and Rocket mainstays GNOD, not to mention collaborations with the like of Valentina Magaletti and Thurston Moore.

Toquei No Sol is also a record with a very distinctive and potent sense of place, paradoxically despite having been woven together from recordings made in Ireland, Wales, Portugal, Madeira and Salford.
It’s genesis came via a visit to Marlene’s maternal grandmother Emilia, whose influence as well as the sounds of her kitchen in Portugal.
can be heard on the album’s first track ‘Quatro Palavras’.

“Emilia ended up getting excited about me being able to record things there and then and - total news to me - told me she used to sing a lot when she was younger to the point of getting offered studio time but refusing it as she was fearful of what that could imply in those times” relates Marlene “From that point I planned to include her in this record as sort of the chance she never had of getting her voice out there.”

Elsewhere, a disarmingly catchy and irresistible grace is married to
a utilitarian approach to sound and texture. The ritualistic “Sangue De Lua de Lobo” (first released on a Sofia records compilation Songs Of The Lunar Eclipse) contains random objects from Marlene’s then-garden in Ireland, whereas on the drifting, beatific ‘Forever’ the percussion tracks are constructed from the sounds of pots and pans in her own Salford kitchen.

Yet at all times her fleet-footed approach to melody rings through even as the tracks conjure visions of heat-hazes, meditative spaces and late-night epiphanies. Although listeners may hear echoes of the
loop-driven psychedelia of Panda Bear’s Person Pitch or the incantatory ululations of Pocahaunted in these beguiling soundscapes and magick-strewn mantras, the truth is that the aesthetic here is
very much Marlene’s alone.

“It’s all a big misty haze of nostalgia, playfulness, self-reflection and hopefulness” is what Marlene reckons herself. Yet Toquei No Sol
is also a transporting vision from an artist both returning to her roots
and looking out to new celestial horizons.