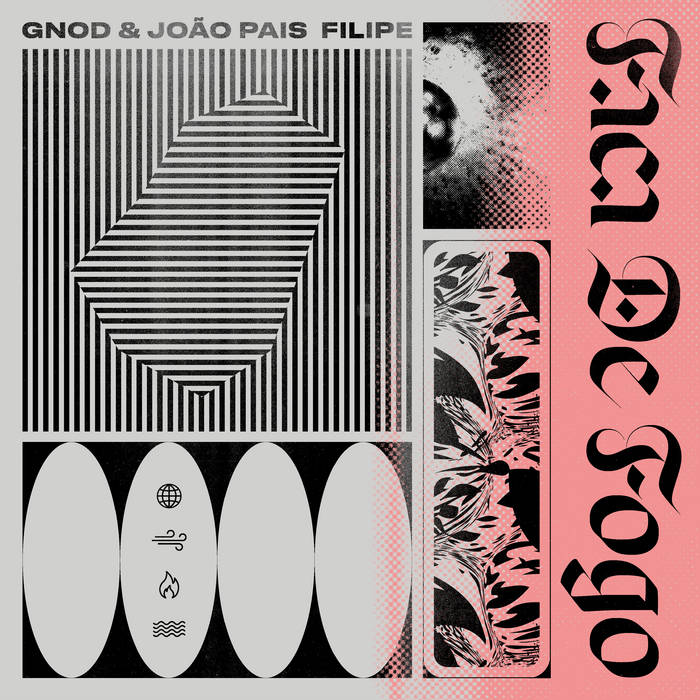 Jakub Knera From the first minutes of “Faca de Terra”, you can hear his characteristic style of playing the toms, upon which the rest of the group add layers of keys, guitars and vocals. The sound is heavier in the title track, the drums seem more march-like in the company of guitars, ethnic flutes and shoegaze voices; there is not so much of Pais’s characteristic motorik here.

GNOD first met up with João Pais Filipe at the Milhoes De Festa event in Barcelos, initially intrigued by a gong he’d made in the shape of a skateboard which formed part of an exhibition. They were soon introduced, and a plan was formulated apparently of its own volition to work together, subsequently co-ordinated by the Porto-based label and promoters Lovers & Lollypops around a week spent by GNOD in Porto. Three days of rehearsals led to the basic structures that were explored at an incendiary show in the city, which were in turn subsequently recorded over four days in João’s metal workshop with minimal overdubbing, forming a powerful portrait of the sparks that flew and the fire they created.

Forged in a spirit of spontaneity and intuition, ‘Faca De Fogo’ wastes precisely zero time in manifesting this incendiary chemistry between these two explorers of mantras and repetitive revelation. Themed around the elements in thematic unity with the alchemical nature of João’s practice, it runs a gamut of improvisatory exploration from the eerie atmospherics that introduce ‘Faca De Terra’ via the polyrhythmic kraut-damaged mania of ‘Face De Ar’ to the shamanic and bleak Swans-esque clangour of the title track.

‘Faca De Fogo’ is a soundworld without barriers, a meeting of minds and mallets in which the duality at its core is subsumed into a singular force as primal as it is metaphysical.